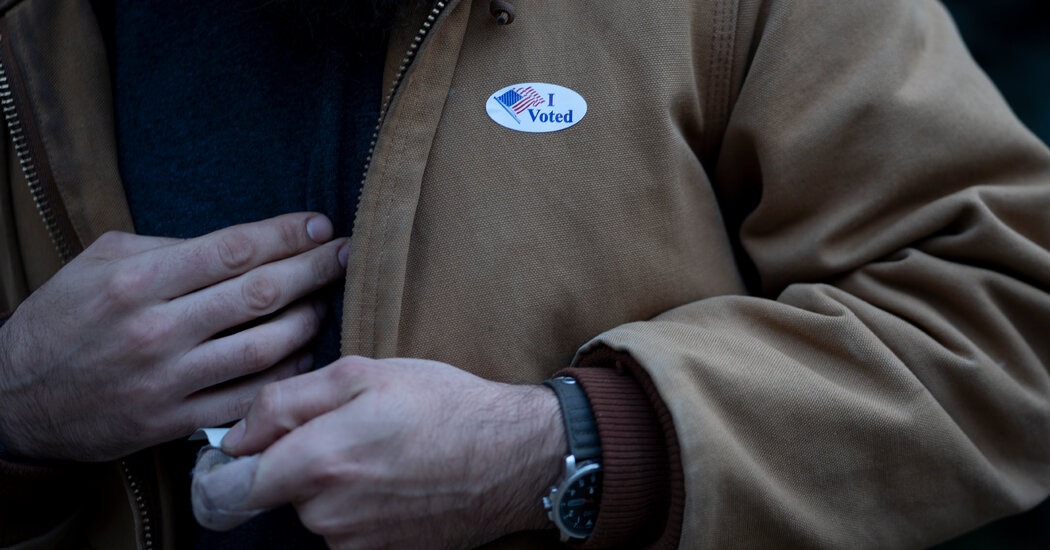 A judge’s stance was good news for Democrats, who drew the maps that Republicans say are gerrymandered, but the case will proceed.

A New York State judge indicated on Thursday that he would allow this year’s midterm elections to proceed using the state’s newly drawn district lines that heavily favor Democrats — rebuffing Republican requests to delay the election process while he considers whether the maps are an unconstitutional gerrymander.

In a preliminary hearing in Steuben County Supreme Court, Justice Patrick F. McAllister, a Republican, said that even if he ultimately ruled that the maps were unconstitutional, it was “highly unlikely” that replacements could be ratified in a timely manner ahead of primaries in June and Election Day in November. That, in turn, would risk leaving the state without proper representation in Congress.

Justice McAllister’s conclusion delivered a sharp setback to state Republicans, who sued last month to try to stop the new congressional and State Senate lines drafted by the Democrat-controlled State Legislature from taking effect this year. The Republicans believe their party is well positioned to retake control of the House of Representatives in November, but every seat could count.

The fresh New York boundaries would make that harder, giving Democrats an advantage in 22 of the state’s 26 congressional districts, while potentially cutting the current number of Republican House members from New York in half and effectively eating into gains won by redistricting measures in other states. Analysts have suggested the new State Senate lines could be just as favorable to Democrats, helping the party maintain its supermajority in Albany.

What to Know About Redistricting

Legal analysts who study redistricting said that Justice McAllister or an appeals court could still conceivably rethink his approach, but a court-ordered delay to this year’s elections was an increasingly unlikely scenario, now that candidates have begun collecting petitions to get on the June primary ballot.

“If I were a candidate, I think the smart bet is that the maps we have today are the maps that are going to be used in November,” said Michael Li, senior counsel for the Democracy Program at the Brennan Center for Justice. “There doesn’t seem to be the will to change them for this cycle.”

Still, Republicans left the hearing room in Bath, N.Y., on Thursday with some reasons for optimism.

Justice McAllister rejected motions to dismiss the case and indicated that he was open to arguments that the maps had violated language added to the New York Constitution in 2014 that barred mapmakers from drawing lines to benefit one political party or candidate.

The judge also ordered Democrats to hand over a raft of documents by March 12 that might shed light on how the Democratic drafters settled on the lines, and he told both sides to appear a few days later to argue over the merits of the Republicans’ challenge.

“The important thing here is that the court rejected all of the efforts by the State Legislature and the attorney general to dismiss the case,” said John J. Faso, a former congressman from New York who is serving as a spokesman for the Republican challengers — a group of New York residents backed by deep-pocketed national Republican groups.

What is redistricting? It’s the redrawing of the boundaries of congressional and state legislative districts. It happens every 10 years, after the census, to reflect changes in population.

Why is it important this year? With an extremely slim Democratic margin in the House of Representatives, simply redrawing maps in a few key states could determine control of Congress in 2022.

How does it work? The census dictates how many seats in Congress each state will get. Mapmakers then work to ensure that a state’s districts all have roughly the same number of residents, to ensure equal representation in the House.

Who draws the new maps? Each state has its own process. Eleven states leave the mapmaking to an outside panel. But most — 39 states — have state lawmakers draw the new maps for Congress.

If state legislators can draw their own districts, won’t they be biased? Yes. Partisan mapmakers often move district lines — subtly or egregiously — to cluster voters in a way that advances a political goal. This is called gerrymandering.

What is gerrymandering? It refers to the intentional distortion of district maps to give one party an advantage. While all districts must have roughly the same population, mapmakers can make subjective decisions to create a partisan tilt.

Is gerrymandering legal? Yes and no. In 2019, the Supreme Court ruled that the federal courts have no role to play in blocking partisan gerrymanders. However, the court left intact parts of the Voting Rights Act that prohibit racial or ethnic gerrymandering.

Want to know more about redistricting and gerrymandering? Times reporters answer your most pressing questions here.

Mr. Faso said that the Republican lawyers would continue to argue that there was enough time to draw new maps for use in this year’s elections. “You can’t really allow an election to take place if the lines are declared unconstitutional, and there is time for a remedy,” he said.

Democratic leaders have not disputed that the maps may produce gains for their party. But they say that those gains would result not from their mapmakers’ partisan motives but from the realities of population shifts that have made an already blue state much bluer since the last redistricting cycle in 2012.

Redistricting experts have called New York’s new maps a political gerrymander. But proving that beyond a reasonable doubt in court, where judges tend to show deference to lawmakers, may be difficult. Justice McAllister called it a “high bar” on Thursday.

If the maps are tossed out, New Yorkers could be asked to vote in three consecutive years for House members and state senators — in regularly scheduled elections in 2022 and 2024, as well as a special election in 2023.

Lawyers for the Democrats vowed to immediately appeal the judge’s order to hand over documents quickly, which could further complicate the proceeding. Under special rules used to speed up the case, Justice McAllister must render a verdict by April 4.