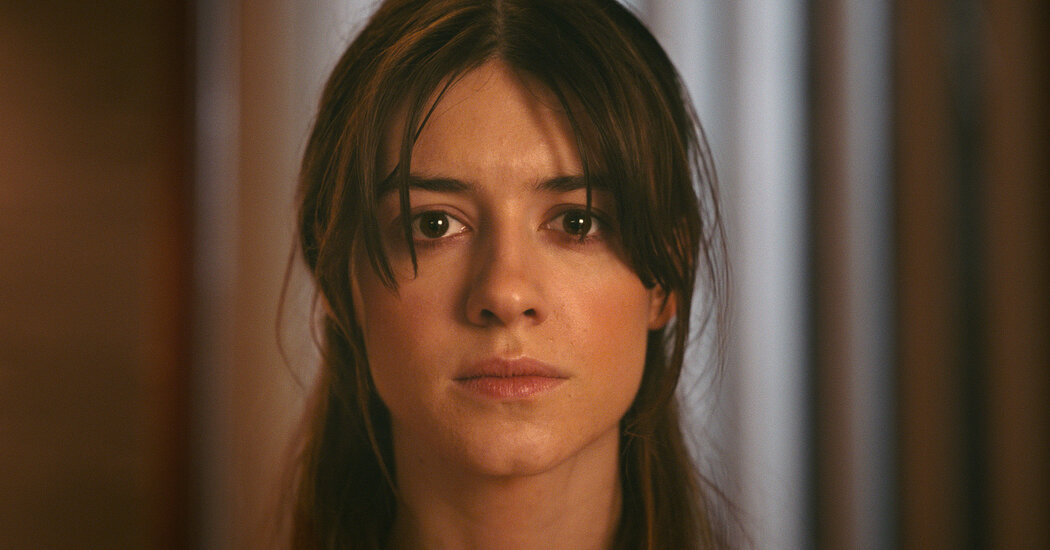 Dating is innately predatory in “Fresh,” a wickedly funny cannibal romance and dazzling feature debut from the director Mimi Cave. Even the run-of-the-mill rotten blind date that opens the film has stomach rumbles of menace, with crabs trapped in tanks, chefs slamming knives and ducks dangling in the window. Noa (Daisy Edgar-Jones), a doe-like graphic designer in Portland, Ore., finds herself on the hook to split the check with a dingbat (Brett Dier) who loots her leftover noodles and leaves her feeling chewed up and spat out.

This singleton and her cynical best friend, Mollie (Jojo T. Gibbs), consider themselves alert to the warning signs of a bad boyfriend. But a charming doctor named Steve (Sebastian Stan), who scores Noa’s number in the produce aisle of a grocery store, manages to earn Noa’s trust, and ours, during two dates and a road trip. It’s a substantial amount of time to savor Stan and Edgar-Jones’s playful chemistry — right up until Steve drugs Noa with a poisoned cocktail, handcuffs her in the basement of his vacation home and announces his hunger for a harrowing dinner. (The screenplay was written by Lauryn Kahn, who cut her teeth writing shorts for the comedy website “Funny or Die.”) Cue the opening credits which, coming 30 minutes into the movie, are effectively a prankish declaration that the film has played its audience for lovesick fools.

Now, the real heartbreak (and cleaving) begins. Edgar-Jones, who starred in Hulu’s “Normal People” in 2020 and who leads a feature for the first time here, can let her eyes well with wet vulnerability and, a beat later, burst into giggles at a joke about eating breast meat. She plays Noa’s predicament straight. Yet the frame around her performance is marvelously askew. Cave, the director, is a sharp observer of details: wet lips, nervous feet, the cocky way Stan plays air guitar on a severed thigh. Comedy sharpens the film’s fangs, as do Martin Pensa’s witty edits and Pawel Pogorzelski’s bold, intelligent camera movements, which stumble and swoon and occasionally somersault to make it truly feel like Noa has gone through the looking glass of terrible dates. (As a grace note, the score includes a warbling ballad played on a musical saw.)

“Fresh” wants to do — and say — everything. As a result, it can feel overstuffed with ideas. In addition to demonstrating a fluency in horror tropes, Kahn’s script pokes at a dozen modern mating stereotypes, even getting in an elbow at how today’s internet-savvy woman needs just five minutes of social media sleuthing to become a 21st-century Columbo. Cave lets the tone waltz from silly to sad and back again, but neither she nor Kahn buy into lazy fictions about girls who confidently transform into vengeful killers. Instead, they maintain a conviction that men have the same exploitable soft spots. “Giving yourself over to somebody, becoming one with somebody else forever,” Steve purrs to Noa, “that’s a beautiful thing, that’s surrender, that’s love.” No, that’s a predator’s dream — and not all predators brandish forks.

Maybe Your Job Can Love You Back

Duvall Hecht, Founder of Books on Tape, Is Dead at 91