Her I.B.S. Was Misery. But What If She Actually Had Something Else? 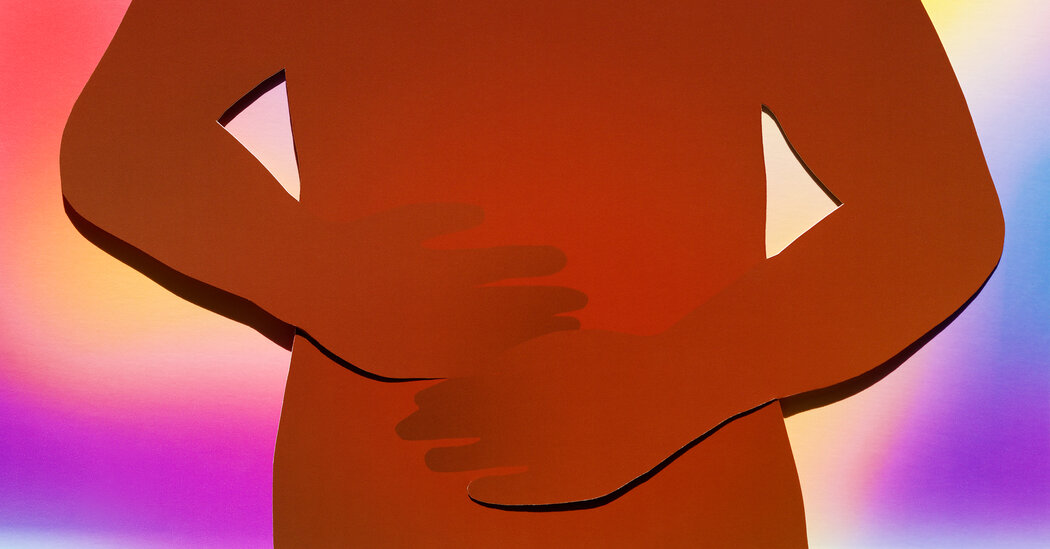 For two decades, the patient was told she had irritable bowel syndrome, and now there was little she was able to eat. Then her tests showed something strange.

“We don’t know what more we can do for you,” the doctor explained to the 49-year-old woman. He was an older doctor, a specialist in gastroenterology at Johns Hopkins Outpatient Center in Baltimore. Twenty-four years earlier, his patient was diagnosed with irritable bowel syndrome (I.B.S.). These doctors, like so many before them, had been working hard to help relieve the bloating, the gas, the occasional diarrhea and frequent constipation that came with that diagnosis. There had been times when she almost felt normal. But not for long.

She had seen rheumatologists and neurologists. She had had scans and scopes, blood tests and stool studies, a half dozen courses of antiparasitics and antibiotics. But after all that, she was still no better — and in some ways worse, the doctor acknowledged. Maybe, he suggested, she needed a different approach. There was an integrative-medicine branch where the focus was on using nutrition and other alternatives to medications to help patients get better.

That’s how she ended up seeing Dr. Wayne Bonlie, a family-practice physician who specialized in integrative medicine in Timonium, Md., a half-hour north of Baltimore. Bonlie, a middle-aged man with silvering hair and a cheerful manner, listened attentively as she went through her long list of symptoms and her account of two decades of intermittent misery. I.B.S., which is found in 10 to 15 percent of the population, remains something of a mystery. It’s considered a disorder of the brain-gut axis — in which the normal communication between the two systems is somehow disturbed in ways that are still, like so much in medicine, not well understood. The usual treatment is dietary: avoiding the foods that trigger symptoms. And this patient had certainly done that. Indeed, there were so many foods that made her sick that she could hardly eat anything.

But she had other symptoms that she couldn’t link to her I.B.S. She had intermittent drenching night sweats, fatigue, brain fog, joint and muscle pains — and they came and went on a schedule all their own.

Everything started in 1998 when she went to Mexico, she explained to Bonlie. She had a couple of days of diarrhea and had never felt the same since. Within weeks she developed a sensitivity to corn. Every time she ate it, she felt just awful. Then it was gluten. Then dairy. Then fats. Spicy foods were out of the question. After she got the I.B.S. diagnosis, she tried a diet that was low in certain types of gas-triggering carbohydrates that many with I.B.S. find helpful. And initially it did help. But at this point, she was far past that. She couldn’t eat most fruits, and many vegetables. Most days all she could manage were the few grains that didn’t contain gluten, baked chicken or fish and carrots.

She often felt better after taking antibiotics, which made her think that whatever she had was infectious. But she also knew that I.B.S. improves after antibiotics — for a while. She had been tested for every infection her various doctors could think of. Once she had a parasite — she worked in public health and traveled extensively in areas where parasites were common — and she was treated for that, with some temporary improvement in her symptoms. She took a few courses of antibiotics for small intestinal bacterial overgrowth (SIBO), a disorder thought to be behind the GI distress in some patients diagnosed with I.B.S. Patients with SIBO have more bacteria than normal in the upper parts of the GI tract. Like I.B.S., it’s a chronic disorder and is only temporarily improved with antibiotics. Beyond that, the tests had been unrevealing.

Looking at the Overlooked

After hearing her story, Bonlie wasn’t sure if the woman had an infection or if everything was due to her irritable bowel. But as her symptoms were so significant, and her diet so limited, he decided to test her for diseases that, in his experience, other doctors often overlooked. He suspected she might have Lyme disease. It wasn’t something she would have picked up in Mexico; infection with Borrelia burgdorferi — the bacteria that causes Lyme disease — is quite rare in Central America. But she certainly could have gotten it in Maryland. And many of his other patients had it. He also looked for other infections that were often not considered — ehrlichia, Bartonella, tularemia, Epstein-Barr. He gave her some supplements that he thought might be helpful.

Two weeks later she returned to Bonlie’s office to get the results of her blood tests. Her immune-system testing indicated that she had been infected with a bug called Brucella. This is a bacterium that mostly infects cows, sheep, goats and pigs and is usually transmitted to humans from the milk or meat of an infected animal. It’s rare in the United States. Most milk here is pasteurized, and most farm animals are vaccinated against Brucella. But worldwide, it is the most common illness humans pick up from animals. Given her travel history, Bonlie acknowledged, perhaps this was not such a surprising result. And brucellosis does have chronic forms that can hang around for years. There was, however, one strange aspect to the result. In tests of the immune system, it is possible to distinguish between a new infection — which shows up as a positive IgM, the quick-response antibody — and older infections, which show up after a couple of weeks as a positive IgG. She should have IgG — but she didn’t. She only had IgM.

What did that mean? How should he interpret this test that was positive for a recent infection with Brucella, in a patient who didn’t drink any dairy, ate little meat, hadn’t been out of the country for several years and had been having these symptoms for decades? Bonlie sent the sample back to the lab to measure how many antibodies were present. When the level came back very high, Bonlie was convinced. He recommended that she take two antibiotics — doxycycline and rifampin — for a total of six weeks to treat the infection.

The patient’s GI doctor wasn’t sure. Did she really have this bug? Or was the result a false positive? This kind of test was not always reliable. She referred the patient to the infectious-disease division at Johns Hopkins to help make this determination.

Dr. Mamuka Machaidze reviewed the patient’s records before her appointment. Although the strange testing pattern was troubling, the high level of antibodies suggested to him that this was a real reaction. But to what? Because the test was measuring the immune system’s response to the infection, rather than finding the bug itself, he knew it was possible that the positive result could be triggered by a bacterium other than Brucella. Machaidze had seen lots of brucellosis where he grew up and went to med school, in Tbilisi, Georgia. Some of the patient’s symptoms fit — the intermittent fevers, the sweats, the muscle and joint pains; there were forms of brucellosis that could wax and wane for years, decades even. But other diseases could present the same way. He sent off stool to look for pathogens there. He asked the lab to try to grow the bacteria out of her blood, but Brucella is very contagious, and labs often don’t have the capacity to culture it safely. Even the state lab couldn’t do it.

Machaidze decided to treat the patient, even without the confirmation of the culture. If she recovered, there was a good chance that she had brucellosis and was now cured. It was also possible that she had something else, and the antibiotics might cure that as well. And if it didn’t work, maybe this wasn’t an infection after all. He explained his uncertainty to the patient. She was eager to start the antibiotics.

He saw her — virtually — two months later, a couple of weeks after she finished her treatment. It was one of the most gratifying encounters of his career. The patient was ecstatic. She hadn’t felt this well in decades. The fevers: gone. The joint and muscle pain: gone. Even the crazy sweating: totally gone. She was starting to add back foods that she hadn’t tasted in years.

Machaidze had her go back to the lab. Even the antibodies that revealed the infection were gone. Whatever she had, she didn’t have it anymore. Was it Brucella? The patient thinks so. And Machaidze — well, he hopes so. But he recognizes that he will never know for sure.

Lisa Sanders, M.D., is a contributing writer for the magazine. Her latest book is “Diagnosis: Solving the Most Baffling Medical Mysteries.” If you have a solved case to share, write her at Lisa.Sandersmdnyt@gmail.com.

‘The Tourist’ Thrills, but Doesn’t Take Itself Too Seriously

From ‘Zero’ to Surge

At Least 57 Dead in Pakistan After Mosque Attack

One week into the war and with cities under siege, a humanitarian crisis looms.