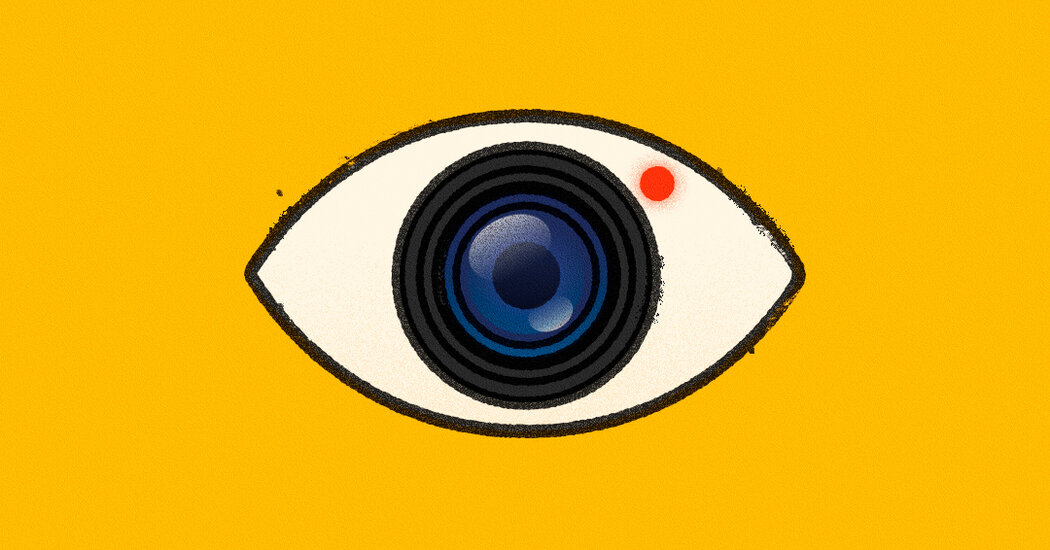 Like most Americans, I have followed the war in Ukraine in the usual, modern way: by consuming cable news, social media videos and rumors, newspapers and a couple of podcasts and YouTube lectures. Many of these have offered useful context — the back story…

Like most Americans, I have followed the war in Ukraine in the usual, modern way: by consuming cable news, social media videos and rumors, newspapers and a couple of podcasts and YouTube lectures. Many of these have offered useful context — the back story of President Volodymyr Zelensky of Ukraine, the history of the conflict in the Donbas region and the complex cultural and linguistic relationship between the Russian and Ukrainian people. Still, there’s something both fragmented and innately suspect about today’s form of gathering information. The task at hand is to pull together as many bits of good information as possible, then try to stitch everything together into a coherent narrative.

For the most part, the sparse moments of clarity — in terms of bringing all that splintered information into a clear understanding — have come from videos apparently shot by Ukrainians that show both the horrors of the invasion and the bravery of the resistance. Social media sites like Twitter, Instagram and TikTok are now filled with these images of Ukraine. This footage of ordinary citizens appearing to stand guard in Kyiv or motorists seeming to hector stalled-out Russian tanks or missiles striking targets in cities creates a visual language that fills in the gaps of knowledge about the war and breathes life into our moral outrage.

The information that in previous generations would have come to us as a cohesive television broadcast or a newspaper story now comes in snippets that elicit fits of emotion. Or, to put it a bit more simply, these cellphone videos have become both the evidence of history and the text of history at once.

The invasion of Ukraine, of course, is not the first time we’ve seen raw violence streaming through our social media feeds. Fighting that erupted during the Arab Spring more than a decade ago aired via posted cellphone videos. Several years later, phones continued to capture civilian deaths in Syria.

After the 2014 killing of Michael Brown in Ferguson, Mo., I watched the first few nights of protests on video that was livestreamed by protesters on the ground. This is how I saw the military vehicles, the police officers in riot gear and the clouds of tear gas hovering over West Florissant Avenue. All these images would have been available on CNN or MSNBC or Fox News, but what the livestreams included were the reactions of the person holding the camera. Watching them felt almost illicit; we were seeing and hearing something we weren’t supposed to.

About a year later, I met one of those livestreamers, a man named Bassem Masri, at an IHOP in St. Louis. Masri, who died in 2018, told me then about how many times he had been pulled over and harassed by the police, the ties he felt to the Black community in the city and the connections he saw between Ferguson and his Palestinian heritage. Those details mattered to me as a writer because they created those mostly facile links between a person’s background and their actions. But when I went home to write the story, I realized there was little that I could commit to print that could bring Bassem Masri to life in a way that rivaled his own video production of himself in a crowd of police officers and protesters.

It became clear to me that this personalized form of reportage would eventually become the ultimate form of storytelling, especially in chaotic conflicts where nobody really could tell what was going on. Not only did it feel more immediate and real, but it also cut out the middleman, namely me and my colleagues in the media. In 2014, we were already thought of as somewhat untrustworthy by some, but now, in a time of widespread distrust of the legacy media by both the left and the right, we can be seen as full-on antagonists.

There does seem to be something new this time about the speed and credulity with which these videos have traveled around the internet and the emotional response they’ve generated in the West. Perhaps the most accurate thing to say about social media and the invasion of Ukraine is that it’s the first time that millions of people watched a war on their phones and felt almost morally compelled to believe every image of bravery, no matter how implausible. Given the choice between seeing the footage on CNN or through their social media feeds, many now are choosing the latter because they believe it comes with an aura of authenticity and without the assumed “agendas” of the mainstream media. For the first few days of the conflict, it felt as if the desire to figure out the truth on the ground had evaporated. What replaced it was a fantastical vision that turned a brutal, terrifying and bloody invasion into the Ukrainian version of the film “Braveheart.”

Scraps of footage of blown-up television towers, Russian helicopters coming under what looks like antiaircraft fire, apartment buildings being hit with missiles and the stirring footage of the citizens of Kyiv arming themselves have been seen around the world. Many of these are real, but many more have not been confirmed or verified. We might see what it looks like when an airstrike hits an apartment building, but we do not really know anything else. Where is this building? Who fired upon it? How many people are dead? Is it even in Ukraine?

Predictably enough, some of the more stirring footage out of Ukraine has been debunked or had its veracity brought into serious question. This includes video of the so-called Ghost of Kyiv, the purported fighter pilot who took down six Russian planes, and the reported deaths of the soldiers stationed at Snake Island who Zelensky said had died heroically but in fact are all still alive. Widely circulated video that purportedly showed a young Ukrainian girl confronting a Russian soldier actually showed Ahed Tamimi, a young Palestinian activist who was filmed near her home in the West Bank. The footage was shot in 2012.

We choose which videos we care about and which ones we do not. This seems simple enough.Our relative acceptance and the timbre of our emotional responses, of course, rely on a mélange of previously held beliefs. In this case, our understanding seems right: One should abhor Vladimir Putin and feel outraged by the invasion of a sovereign nation. As Americans, we should also applaud and feel inspired by the bravery of the Ukrainian people as they defend their homeland from a tyrannic invasion.

But we should be able to hold two thoughts in our heads at once. One: The invasion of Ukraine is a humanitarian catastrophe and a uniquely destabilizing event that will destroy lives both in Ukraine and in Russia. Two: So much of what we’ve seen about Ukraine — the images and videos that have inspired the public — are not real. Last week, Sophie Pinkham, an expert on Ukraine and Russia, came on the podcast I host with two of my friends. She estimated that roughly 75 percent of what’s being said about what’s happening in Ukraine is either unverified or just flat out false.

I can’t help wondering what the response would have been like during the Iraq war in 2003 if we’d been addicted to social media then and our feeds were flooded with livestreamed video from Iraqis when our troops and their allies stormed through the country in search of weapons of mass destruction. Would Americans have cared as much about footage taken by brown Muslim people? Would they have been more skeptical about its veracity than they have been about footage from Ukraine? If videos of the invasion of Iraq were being posted today, would they have even been allowed on American platforms, or would they have been tagged as “disinformation” and suppressed? Or would they have been blocked by some algorithm similar to the one that blocked Palestinian videos coming out of last year’s Sheikh Jarrah conflict?

These questions must be asked and discussed as the world sinks itself into conflicts that may arise from climate change, the extended wreckage of the pandemic and a new Cold War between China and the United States. The emotional power of social media videos and the fact that many people actually assign more credibility to them because they’re so raw and seemingly unfiltered gives them the potential to shape reality and unreality in ways that we cannot resist or control.

Have feedback? Send a note to kang-newsletter@nytimes.com.

Jay Caspian Kang (@jaycaspiankang), a writer for Opinion and The New York Times Magazine, is the author of “The Loneliest Americans.”

Two ‘Leftist Bros’ Dive Into Conservatism to ‘Know Your Enemy’

U.S. is exploring how to send Soviet-era fighter jets to Ukraine.

A Reminder From Russia of How Precious Free Speech Is